Peter Iglikowski is a dual qualified English Solicitor and French Avocat at the Paris bar, with 30 years experience in international shipping and commercial law. He is qualified to advise on English and French law.

He is specialized in shipping international trade and commercial litigation with extensive experience of arbitration in London and Paris in these fields. He has been practicing in France since 1986.

He studied law at Cambridge and has been a lecturer in private international comparative law at the University of Paris V since 1989. He is fluent in English and French. He also speaks fluent Polish and can read Italian, Spanish and Russian. He is particularly experienced in dealing with cross border disputes. He has extensive experience and contacts in Eastern Europe and Francophone North and West Africa.

According to the Legal 500 2012 Peter gives ‘excellent and practical advice on trade and shipping matters’. 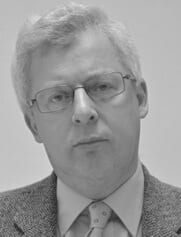